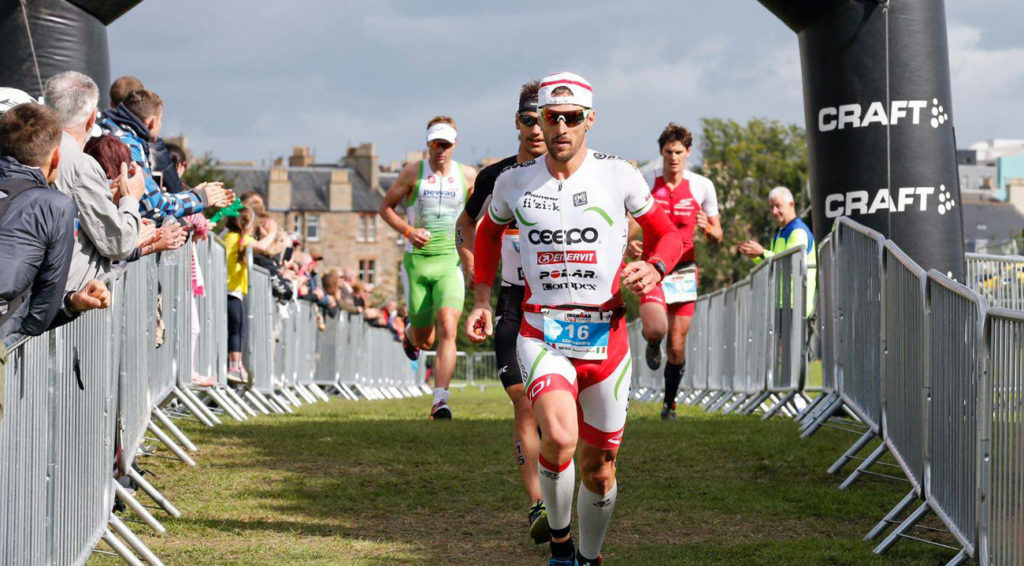 Sunday 2 July saw the debut of IRONMAN 70.3 Edinburgh and the weather was not very good (it’s always a potential factor in Scotland), but Alessandro Degasperi took a great second place in this first edition, a great result for Kona World Championship considering also the level of the race was high, strong wind and cold. The Edinburgh 70.3 started with a 1.2 mile swim at Preston Links (with the seas up, the organisers took the decision to shorten the swim to 950m) before athletes headed eastwards from Cockenzie on a 56 mile one loop bike course, heading inland through rolling arable farmland via Haddington, Pencaitland and onto East Saltoun. From here an out and back undulating loop incorporates the historic and beautiful estate village of Gifford, a key spectator hot spot, which entails the most technical part of the course on a route that hugs the hills of the Lammermuirs.

The run course around a beautiful multi-lap, 13.1 mile run within Holyrood Park, was managed in a good way by Degasperi, who controlled his advantage before crossing the finish line. “IM 70.3 Edinburgh was my only half distance that I planned in 2017, in order to obtain the most useful points in Kona Pro Ranking. I’m very happy for this another great result.”

Il Dega from Predazzo will try to obtain the qualification at Ironman World Championship with his next race, Ironman France, scheduled for July 23th in Nice.