It’s very difficult to be an Ironman Champion but is more difficult proved himself, in Ironman expecially. The 2017 Ironman France was the “first time” for Alessandro Degasperi, a venue with steep triathlon history: swim in the Mediterranean, bike through the alps, run along the Nice’s historic waterfront. After the 2nd place in Lanzarote and Edinburgh 2017 (he was also the winner of Lanzarote 2015 edition), “il Dega” from Predazzo “takes the ticket” for next Ironman World Championship in Kailua-Kona (Hawaii) with a “sensational marathon” (02:43:38) and top race time (08:36:18). 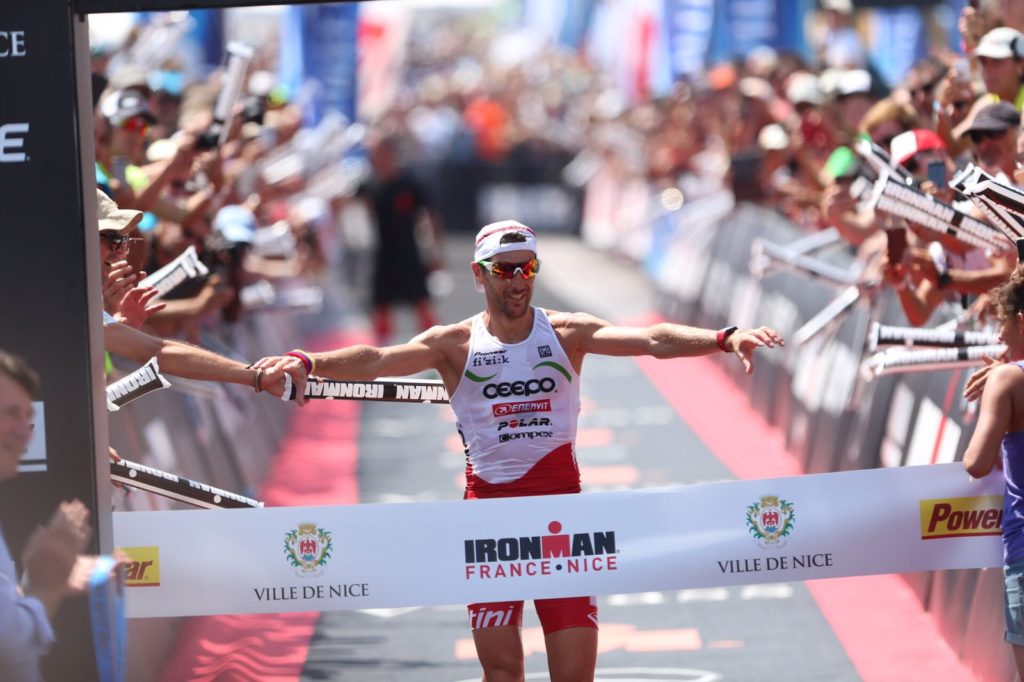 There were many of the greatest long distance triathletes: Victor del Corral (2016 Ironman France winner), Denis Chevrot, Eneko Llanos, Cameron Wurf, Arnaud Guilloux and Frederik Van Lierde, 2013 Ironman World Champion and 3 times Ironman France winner (2011, 2012 e 2013), who won this race for the 4th time thanks to an excellent bike ride: “I swam for 1k in the first positions – Alessandro Degasperi said – but the pace was so high, then I preferred to manage my swim course together the second group of Pro athletes. I rode my bike alone during the 180k of the amazing bike course, passed only by Wurf. I reached Chevrot at 120k and, honestly, I was hoping to go slightly stronger in the bike course even though setting a very regular pace. I started to regain the gap in the second part of bike course. Chevrot passed me in T2 but I was not worried. I was in good physical and mental condition, then I decide to push my pace immediately, considering also the wheater (not too much hot in the first part of marathon). I perceived my body in every moment and I was sure to make a good marathon, my favorite part in the Ironman. I’m so very very happy for this great result, considering also that I regain 14 minutes to a great champion like Van Lierde. Now it’s time to recovery.. see you in Kona!”