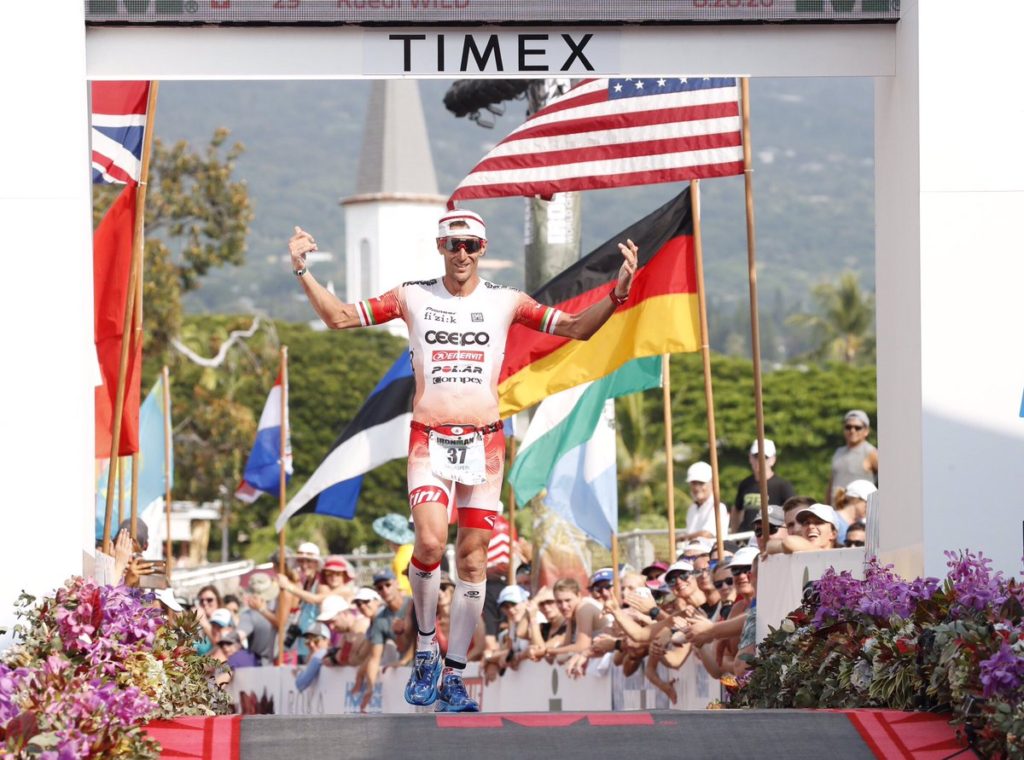 Ironman Lanzarote, Ironman 70.3 Edinburgh and Ironman France: the landmarks that have bring Alessandro Degasperi aka “Il Dega” from Predazzo (Val di Fiemme, Italy) to race his second consecutive IRONMAN World Championship finale in Kona (Hawaii). Alessandro was the first italian PRO triathlete at the finish line, confirming itself as one of the 20 best triathlete in the world once again, albeit with some regrets. “Kona is not a race, is THE RACE – Alessandro said – and my goal was to improve the 20th place of 2016, but Kona is a place where everything can happen, and where you need to know how to handle the toughest moments. My swim part was not very good (3 minutes over than 2016), so it was hard since the beginning.. and race changed for me. Furthermore, the weather was too much hot than 2016, so I suffered hot a little bit. In anyway, I’m so happy for the result albeit without success. Thanks to all of my fans, my coach, family and friends who writed me a message on social media. And last but not least, I want to thank all the sponsors who have shared my work and passion during this year: CEEPO, Vision, Pioneercyclo, Santini Cycling Wear, EKOÏ, Fi’zi:k, Scicon Bags, BV Sport, Polar, Enervit, Compex, Hoka One One, Aqua Sphere, FIZAN, SuperOp Training Optimizer e Trispecialist.com. It was another great human and sport experience together.. ALOHA.”