Degasperi for the 3rd consecutive time at IM WORLD CHAMP

It is official! Alessandro Degasperi will participate at his third consecutive IM WORLD CHAMP in Kaliua-Kona scheduled on the 13th of October. After two consecutive times in the Top 20 at IRONMAN World Championship (2016 and 2017) DEGA will try to obtain a better result compared tho the last two years. During this season, Alessandro Degasperi has obtained two 7th places (IM South Africa and IM Edinburgh) and won the Club La Santa Ironman Lanzarote for the second time in his career. By virtue of his qualifying points, fulfillment of mandatory requirements and position in the KPR as of July 29, 2018, Degasperi has qualified for the 2018 IRONMAN World Championship. Furthermore, we are happy to present you the new website of DEGA. And last but not the least.. latest news! Zell am See 70.3 (2018, August 26) and Nice 70.3 (2018, September 16), will be next official tri races of Alessandro. Nice will host the 2019 l’IRONMAN 70.3 World Championship, the first time Ironman will hold a World Championship in France. 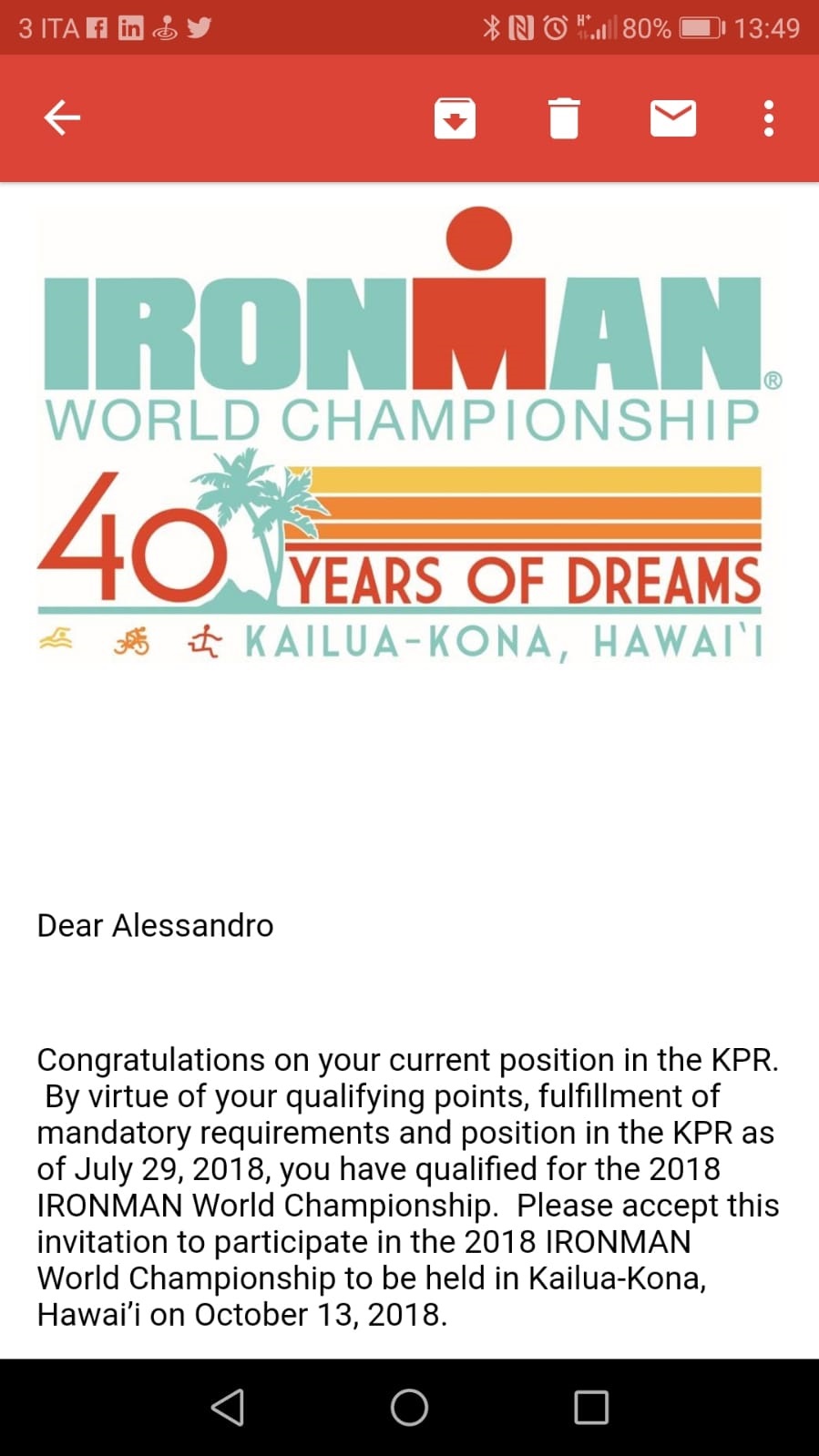